WELCOME TO THE BLOG

A story written by Ms. LeeAnn - Back In Time

I used to have an impeccable childhood. I lived in a public housing estate with my entire family. Life was simple, but in my eyes, I had everything.

However, good fortune didn’t last for too long. The day when I turned fifteen, an outbreak of fire ruined the rest of my life. My family and I were trapped inside our apartment. I watched the burning fire that blazed in the kitchen. I could not run, nor could I scream. I only watched as they burned. My home, my family, my everything…I was so incapable and powerless. I fainted in panic. I remained unconscious for days. When I woke up, I found myself in the hospital. A nurse with a very pleasant voice congratulated me on being the only survivor. But was it really a good thing to be the ONLY survivor?

From then on, I dwelled on my past and held a grudge against my life. Till now, I still remember the pain and death the fire caused, and the dreams it stole.

In those years after the accident, I had been imagining what if the fire had never happened, what if I had tried harder to save my family, what if it had been just a dream… People around me told me to let go, but I just couldn’t. I believed, if I could travel back in time, I would definitely change my life and my past. But deep inside, I understood no matter how much I wished to travel back in time, it could never happen, time travelling was just a legend. And I thought it would always be.

The night when I turned twenty, I was awoken by a nightmare. In the dream, the fire happened again, and again, and again. In my dreams, I was still weak, I just looked at my parents and my baby sister without doing anything. They were in flames, and the smoke almost suffocated me. I could feel a deep pain inside me after I woke up. So, the next morning, I decided to go back to the place where I lived when I was a child.

Looking at the reconstructed building, scenes of the past rose before my eyes. All in a sudden, a vast blanket of white hung over the street. It suffocated every building at their base, swallowing every distant object and vanishing around every corner. The next second, I found myself waking up in my old home. I checked the calendar immediately and it was… It was year 2015! I was back!

I ran over just to check if my family was still alive. When I slightly opened the door of my room and tried to look into the living room, I saw my entire family sitting on the sofa and watching their favourite movie. I ran towards them and hugged them all in my arms, I looked at my mum carefully, I couldn’t miss one single eye contact. She looked more gorgeous than I had ever seen before. I couldn’t help crying. I was crying, really badly. It freaked them out as they didn’t know what was happening at all. Who would believe it if I told them I had travelled back in time from year 2020? It was ridiculous, at least to me, it really was.

I looked at the clock. ‘Two more hours to go and I’m not missing my chance this time,’ I thought. I packed my stuff and asked my family to go out for dinner. I helped my baby sister, Laura to put on her shoes. I looked at her cute rosy plump cheeks, I gently gave her a kiss and told her that I love her. Soon we got out of the house. We were heading to a restaurant. I thought everything would be fine as long as nobody was in the house, but nothing came out as planned.

While we were crossing the street, a truck ran straight towards us. As it came closer and closer, it speeded up instead of slowing down. “Bang!” The truck crashed into us all of a sudden. I heard some strangers screaming and some were busily calling the police. My wound was painful, it felt like having a hundred swords piercing through my body. After a while, the ambulance arrived, my family and I were sent to the hospital. I hardly heard the rapid footsteps of our doctors in the hospital but soon I fainted because of the pain. The accident killed my beloved ones, and the cruelest thing was that, I survived again although I was injured badly. Only me survived! How much I wished to pass away with them, so I didn’t have to face the pain alone. I was pissed off at myself as finally I had another chance, but I didn’t catch it well. It was all my fault… I believed God gave me another chance, to change my future, and to save my beloved family. But sadly, I failed.

From then on, I started a series of time travelling journeys. Whenever I went back to the building where I used to live in, the fog appeared and took me back to that day. In the fog, the city was blurred like an old painting, it could be a great work drawn by expert hand. And every time when I was back, I promised myself, “I’m definitely going to grab my chance this time…” I didn’t have the plan of giving up and I thought I would never think about it.

The next time when I travelled back to that day, I asked my family to walk another way with me and I avoided every highway. I thought I would succeed this time. But we accidentally crashed into a war between two criminal organizations. That street was surrounded by people, but they didn’t even care. Their weapons were clanging and clangorous under the seething sky. Apparently, my family members were dragged into the war. Berry-red blood sprayed from their wounds. And again, only me survived… I believed there must be another way.

I had been spending all my time on thinking of the effective way to save my family. There must be a way, if it wasn’t so, God wouldn’t give me the chance to travel back in time. At least that was what I believed long ago. Soon, I discovered that time travelling accelerated aging. The impact was obvious. My skin first tended to become less elastic, and drier. Then my nerves started conducting signals more slowly. My heart sunk, for before I knew it, I had gray hair and wrinkles.

Knowing the penalty of time travelling didn’t stop me from what I had been doing. The indelible past stopped me from moving on. I still believed someday, I could really set my world on fire.

Every single time when I travelled back to that day, I tried my very best to avoid any accidents. I had tried every single way that I was able to think of. But accidents happened in different unexpected situations and they were really upsetting.

Years passed by, and unconsciously, I turned thirty. But because of the penalty of time travelling, my body worked like a seventy-year-old granny. And exactly the day when I turned thirty, I went on a body check. After a week, I got the report. I was diagnosed with lung cancer and my life wasn’t going to last long. The doctor told me not to forget to cherish my very limited days. I was shocked by the news and to be honest, for some reasons I was not optimistic at all. I remained silence and pretended to be calm. I tried to deal with my own grief, but...tears started falling from my eyes uncontrollably. I left the hospital and went home straight away. I felt like the way home took me forever. It had been the longest and the quietest path I had ever walked on.

As I was walking, I rewound the memories of my life. Tons of questions suddenly came into my mind. If I had to vanish tomorrow, what would I want as my legacy? What achievements did I make? What dreams did I chase? Wait… What was my dream? Would my family be proud of what I did?

I spent half of my life dwelling on my past and I spent all those years on travelling back in time. I thought my dream was to change my life by saving my beloved ones. But it looked like I was totally wrong…

I thought long and hard, I started to understand why God gave me the chance to travel back in time again and again. It wasn’t because God wanted me to make up for my regrets, it was because God wanted me to understand it was wrong to live my life like how I used to. The accident didn’t ruin my future, I was the one who ruined it. Why had I been blaming on the accident? I had a choice, I could choose to live my life in a better way, my life was supposed to be fruitful, just like how the others lived theirs. But I chose not to move on. What was all of it for? Sometimes things are meant to be happened, we just can’t escape it. For me, as an example, I chose different ways every time I had my chance to travel back in time, I even paid my price for it, I got older and older physically in return, but in the end, I ended up wasting my time at the very same spot. I finally understood how precious time is, spending time whining and complaining didn’t do me any good. Now, I’m in terrible physical shape, I have ten tumors in my lung and I have only days to live. I looked out of the window, I didn’t realize that it was spring already. I could see the flowers blooming on the balcony.

I went to the balcony and sat on the bench, the breeze was so tender. I gently took off my slippers and put my feet on the bench. I could hear the birds singing beautifully. I closed my eyes and took a deep breath. I felt so exhausted, I felt like I had to sleep for a day or two. So I did...eventually.

I had a smile on my face as I finally could hear my baby sister chuckling and I could smell my mother’s perfume again. I knew they were there. If…there’s next life, I will appreciate it, I will embrace every moment with the people that I love and to cherish everything that I have. It’s never too late.

Thank you for all your love! 🥰 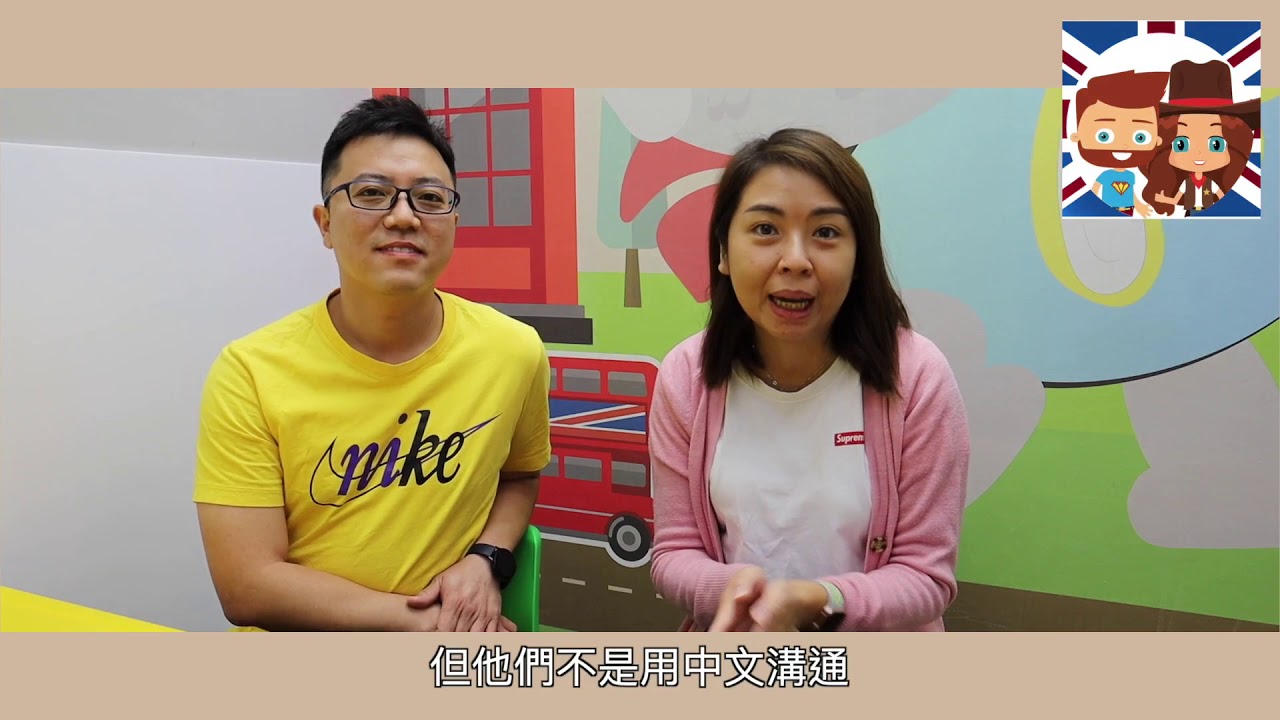